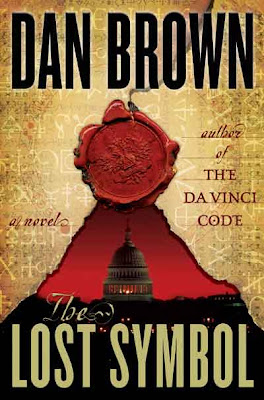 Anytime a successful novel gets made into a movie the usual debates always follow: Was the book better or did the magic of the movies take the story to another level? Did the book and film each manage to hold their own enchanting merits? Is it a better story to read while snuggled up in bed or is it a better tale to watch on a big screen while you munch on overpriced boxes of Mike and Ikes and Junior Mints?
But what happens when the book reads more like a mid-summer blockbuster movie than a legendary piece of literature, and yet still manages to instantly top the New York Times Bestseller list—well, it means that Dan Brown has been at it again.
On the first day Dan Brown’s fifth novel, “The Lost Symbol,” was released in mid-September more than a million copies were sold in the US, Canada and Great Britain alone. People camped out in front of bookstores throughout the English-speaking world for hours just to get their hands on a copy as soon as it hit the stands.
Even Dave Leonard over at Mammoth’s own Booky Joint had to sign a special “I won’t release the book early” release so he could carry it. (Shameless plug: And get your copy at The Booky Joint). The opportunistic folks in Hollywood have taken note. (Look for a film adaptation by 2012).
“The Lost Symbol” somehow manages to read with the swiftness and intensity of an action film. In essence, “The Lost Symbol” picks up where Brown’s previous bestseller, “The DaVinci Code” left off.
During his latest adventure, symbologist and Harvard Professor Robert Langdon — played by an over-coiffed Tom Hanks in Ron Howard’s highly panned “DaVinci Code” movie version — has been called in to solve a conspiracy, except this time Langdon isn’t dealing with Mary Magdalene, he’s dealing with the Freemasons.
Langdon is brought in under mysterious circumstances to help find the “Lost Word,” which is said to hold the key to mankind’s untapped power and potential, and is believed to have been buried by America’s Founding Fathers, all members of the secretive Masons, someplace in Washington, D.C.
“Sometimes a legend that endures for centuries…endures for a reason,” Brown writes.
As is Brown’s now signature style, the clean-cut college professor protagonist must battle a freaky antagonist and he spared no expenses on Mal’akh, the villain of “The Lost Symbol.” He’s creepy and dark alright, exactly the type of over-the-top bad guy movies love.
While “The Lost Symbol” will never be considered a literary masterpiece, it’s a very entertaining, thought-provoking read. There are some heavy religious overtones and the reader is challenged to examine his own beliefs about things like the true power of the human mind.
“We must be very careful how we think…Well-directed thought is a learned skill. To manifest an intention requires laserlike focus, full sensory visualization and a profound belief,” Brown writes.
As for what’s better, the book or movie, “The Lost Symbol” has all the makings of a great film. But since it reads like a movie anyway, my vote will undoubtedly be for the book because it goes quite well with beer right before bedtime.