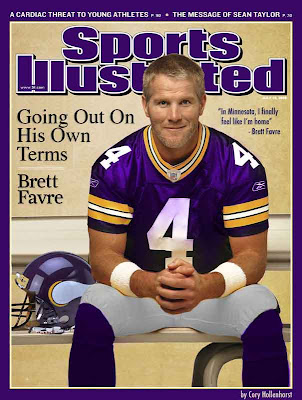 Seriously. do I have to hear about Favre, Rex Ryan, Reggie Bush and Peyton Manning all week? I don’t like any of the teams left in the NFL postseason.
To break down last week …
Jets vs Chargers. The X factor I have been talking about all year bit the San Diego in the ass: Head Coach Norvell Turner. That dumbass got outcoached by Rex Ryan. And the Chargers kicker missed 2 FGs inside 40 yards. When you add that to the one he missed the last time they faced the Jets in the playoffs it spells one thing … CUT HIM. TRADE HIM. HE IS A LIABILITY.
The Jets cannot score. They are the Ravens North. They wait for you to make mistakes and then score after turnovers. That is all they have.
So Norvell loses again. The team promptly rewards him with a 3-year extension. These teams are so quick to show their support and so unwilling to admit their mistakes they do these extensions at the worst times. Why not say, he is our coach and we will go into the next season with him … but an extension?? So now you have to pay him the money after you fire him for missing the playoffs next year. This was their year. Now they are done. L.T. is gone, Darrin Sproles is a scatback pretending to be a RB and they are about to lose LB Shawne Merriman.
Vikings vs Cowboys. WOW. If that wasn’t an ass-whipping, then I don’t love porn.
Will the real Tony Romo please stand up? Oh, he just did.
The Cowboys whined after the game about the Vikes running up the score. I’ve got a better idea. Try tackling and blocking instead.
Meanwhile, the Vikes are arrogant as hell now and due for a whipping. I hope they get it this week. By the way, that TD pass QB Brett Favre threw in the first quarter was a Hail Mary. Lucky.
Univ. of Florida QB Tim Tebow and his mother will have a Super Bowl ad. And it will work for him. He will talk some stupid-ass team into believing he is better than he is and drafting him high. And I will laugh when he tries to run over someone like Steeler S Troy Polamalu and gets knocked out.
Rex Ryan. Will someone please shut him up? And his team. One of his players was on TV the other day saying if they play their game, NO ONE can beat them. Seriously? Cuz you’ve already lost 7 games this year. And what exactly is your game, anyway? Here it is … run, run, run, punt. Pray for a turnover. Run, run, roll out that dumbass QB cuz you can’t trust him to read the defense and throw the ball over the middle. Punt. Pray for turnover. Rinse. Repeat. That offense is so remedial, my 8-year old was emailing the Jets plays.
The Buffalo Bills are doing everything they can to ensure they do not put a quality team on the field. The latest? They hired Chan Gailey as head coach. The same Chan Gailey who sucked in Dallas, got fired as head coach of Georgia Tech, then got fired as the offensive coordinator of the Kansas City Chiefs BEFORE THE SEASON EVEN STARTED.
Oh yeah, Chan Gailey doesn’t want to commit to a decision on his QB yet. I have the answer. He should shoot all of his QBs. They ain’t worth a damn.
The Seahawks and Pete Carroll hired a GM. The coach hired a GM. That is hilarious. The coach’s philosophy will shape the team and the coach will have more power than the GM. The coach reports to the owner?? Wow. This is a GREAT idea (insert sarcastic smile here).
Tiger Woods is in a Sex Addiction Therapy Clinic. Hold on, I can’t stop laughing. First, why is sex addiction a bad thing? I am addicted to sex and I am getting along just fine. Damnit. Sorry I had to reboot my other laptop. Got locked up on Pornhub.com again. Back to Tiger. He doesn’t need therapy, he needs a divorce. He needs to be single. Besides, his wife has already left so what the heck is the therapy for? He doesn’t need therapy, he needs: 1. A divorce. 2. Some condoms. 3. A second (disposable) cellphone. 4. To hang out with some brothas so he will know what to do the next time he gets married and decides to cheat. 5. To be more selective … these women were not attractive.
I am tired of everything being made into a disease. Sex addiction? Not a disease. Having a healthy sex appetite and having $1 billion dollars is a match made in heaven. He is a better man than me. I would be shriveled up, dehydrated and tired as hell if I were him.