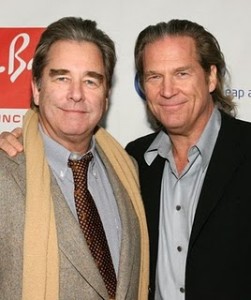 On Friday, Feb. 12, “Acting: The First Six Lessons,” a play based on the book by Richard Boleslavsky will be performed at the Inyo Council for the Arts Theater in Bishop by Beau Bridges and his daughter, Emily Bridges.
Mr. Bridges, whose screen credits include the 1975 hit movie “The Other Side of the Mountain,” “The Fabulous Baker Boys” (with brother Jeff) and TV’s “Stargate” franchise, is a three-time Emmy and two-time Golden Globe award winner. He will team up with his 22-year-old daughter Emily in this stage version of Boleslavsky’s 1933 narrative about a dedicated acting teacher who, while instructing a young actress in her craft, gives her valuable lessons for living as well.
The Bridges are currently rehearsing the play in Los Angeles, which opens in April. This performance will be more rehearsal in nature and following the play, there will be a Q&A period with Beau and Emily.

A classic work on acting, Richard Boleslavsky’s “Acting: The First Six Lessons” is a treasure-box of wise observations about the art of acting, all wrapped up in six charming dialogues between a teacher and a student. Generations of actors have been enriched by Boleslavsky’s witty and acute picture of the actor’s craft. The play’s six “lessons” — miniature dramas about concentration,memory of emotion, dramatic action, characterization, observation, and rhythm — distill the challenge facing every actor.
There will be just one performance at ICA on Friday, Feb. 12, at noon. Tickets will be very limited, with only 100 seats available. Tickets went on sale beginning Feb. 1, and are $30 each. Proceeds from the very special performance benefit Inyo Council for the Arts. –Press Release