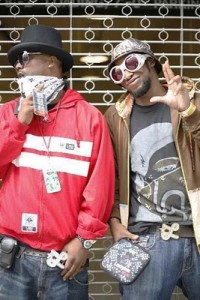 To preview the show and get a free download of Luckyiam’s new project, “The Present,” you can download a copy at www.legendarymusic.net/thepresent.
Don’t forget, the FREE SHOW is Thursday, Feb. 11. Doors open at 8 p.m. with great drink specials all night. DJ Rodney-O will be spinning followed by special guests Three Casual Cats, then of course, Luckyiam and Nykon. Stick around for Nykon’s late night “dup step” set. It should be “crackin.”
Don’t miss The Morning Dump on TheSheetRadio.com Thursday, Feb. 11, hosted by Scottie Johns, for a live interview with Lucky and Nykon.