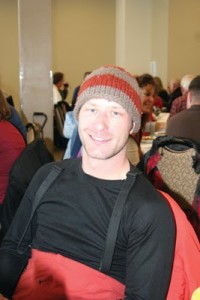 Poplawski takes a break from Mammoth Mountain during a DSES luncheon Thursday, part of the Wounded Warriors camp. (Photo: Lunch)