Catherine Hiatt had barely announced her candidacy for Mono County Superintendent of Schools on Feb. 10 when just a few days later, she decided to withdraw from the race, citing family reasons. In a statement to the press issued this week, Hiatt said: “As of Feb 16, I am withdrawing my candidacy for the position. As many of you know, my husband has been suffering from cancer, and my desire is to give him my full attention.”

In the same release, Hiatt instead endorsed Assistant Superintendent, Stacey Adler as candidate for the Mono County Superintendent.

Adler also works throughout Mono County as an administrative mentor and coach in instructional leadership.

Hiatt said Adler’s focus is on student success, and assisting schools in program improvement and innovation, and lauded Adler’s service on numerous state committees “that support and protect the opportunities for all Mono County children, infant through high school.”

Adler was previously the principal of Mammoth Elementary School. This March she will receive her Ph.D. in Education. 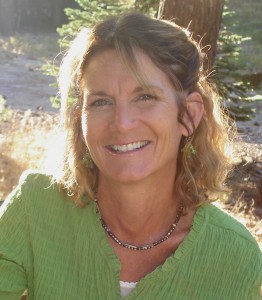 The Eastern Sierra Interpretive Association (ESIA), in partnership with the Inyo National Forest and the Bishop Field Office of the Bureau of Land Management this week announced the creation of a new public lands partnership coordination program, headed by new Partnership Coordinator Lisa Isaacs from Mammoth Lakes. The nonprofit ESIA will direct the new partnership program as part of its mission to “assist the agencies in educational, historical, scientific and interpretive activities undertaken on public lands throughout the Eastern Sierra region.”

In a media release, ESIA said, “The Eastern Sierra is experiencing increases in recreational use and changing use patterns while federal land managing agencies are seeing static or declining budgets. Providing stewardship opportunities on public lands, and quality services to the visitors and users of these lands, is increasingly calling on the skills, time and resources of interested individuals and organizations both from local communities and from across the state and nation.”

Isaacs was selected from a field of 28 applicants, including many from out of state. Isaacs resume includes two decades creating and directing environmental programs for nonprofit, government and private industry. Most recently she was the Environmental Programs Director for Mammoth Mountain Ski Area.

Contact Isaacs at 760.873.2415 or email partnership.esia@gmail.com for more information on the new partnership program.

SCP is working in partnership with the Town of Mammoth Lakes and CalRecycle to provide recycling for both visitors and residents of Mammoth Lakes alike. A $140,000 grant from CalRecycle will allow SCP to expand its current condo programs by providing outdoor bear-proof recycling containers to condominium and apartment complexes.

“Recyclable materials make up a large percentage of the waste produced in our residential complexes,” Robinette said. “We have a lot of condo complexes here in Mammoth and this program is a great opportunity to divert these recyclables from our landfills.”

More info on how condominium complexes can take advantage of the program: call 760.914.0115 or e-mail brian@recyclesierra.com. Condominium recycling program information packet and sign up sheet can be downloaded at www.recyclesierra.com.

HSEF gets Flex Your Power grant

As a result of its highly-regarded campaign in 2009, the High Sierra Energy Foundation has been awarded an $8,000 grant as a member of the 2010 Flex Your Power Community Outreach Campaign.

Flex Your Power is California’s statewide energy efficiency marketing and outreach campaign. Initiated in 2001, FYP is a partnership of California’s utilities, residents, businesses, institutions, government agencies and nonprofit organizations working to save energy. The campaign’s primary funding comes from the Public Goods Charge as approved by the California Public Utilities Commission (CPUC), as well as contributing municipal utilities and other partner organizations and companies.

In addition to this year’s campaign, HSEF staff said they plan to recruit Flex Your Power “street teams” composed of Mammoth Middle School’s 6th Grade Earth Science Classes. Students will be educated on the Flex Your Power program, given take-home activities to complete with their families and friends, and participate in a pledge drive throughout the community.

“Our 2009 Flex Your Power energy efficiency campaign, which centered around community based outreach and education, was such a fun and easy way to change our community’s energy consumption patterns,” said HSEF Special Projects Director Leslie O’Berry. “We had more participation in the program than some of the larger areas, such as San Diego. I’m really excited to see what we can do in 2010!”

This year, Pamela Stayden, Director of Energy Efficiency Programs, joins the Flex Your Power campaign. “With the success of the 2009 campaign and this year’s Flex Your Power “street teams”, I look forward to seeing how much farther we can go to make a difference in our community and save energy!”

Friends and colleagues of local Nevado’s mixologist and all around good guy Chris Hernandez will want to set aside time on the evening of Monday, March 1, and head up to Mammoth Mountain’s Conference Center in the Old Gondola Building for a fundraising event to help cover some of his expenses.

Hernandez has been in recovery at Renown Hospital in Reno, healing injuries received in a snowboarding accident on the Mountain.

The fundraiser, from 6-11 p.m., will include: entertainment by renowned soul-singer, Chris Pierce, a Dance Party with DJ Rodney O, a Taste of Mammoth catering by Angel’s, Nevados, Giovanni’s, Petra’s, Stellar Brew, Rafters, Skadi, Thai’d Up, Whitebark and the Breakfast Club.

Fabulous raffle prizes and awesome auction items will be available, and the ticket price includes not only food and beverages, but also entry to the after- party at Lakanuki from 11 p.m. until ???

Tix: $40, available at Stellar Brew, Sierra Sundance, Nevados, and Giovanni’s. All proceeds will go directly to Chris and his family to help alleviate medical and rehabilitation costs.

If you are unable to attend and wish to contribute, send donations to the Mammoth Community Foundation in the name of Chris Hernandez, PO Box 1394, Mammoth Lakes, CA 93546.