Last June, four candidates vied for the District 4 Mono County Supervisor seat that opened following the sudden passing of Bill Reid. Of those who ran — Renn Nolan, Bobby Tems, Tim Fesko and Tim Hansen — Fesko and Hansen pulled enough votes to send the vote to a runoff in November, neither garnering the 50 percent of the vote necessary to win.

One thing is certain: our new District 4 Supervisor will respond to the name “Tim.”

We gave both candidates a chance to pitch themselves to our readers one last time before the vote, and answer a few questions we thought might be of interest. (The candidates’ responses appear following the questions in no particular order.)

1.) Since the June primary, have you changed or modified your position on any issues or approach to the county, be it government or public sector?

2.) The County’s just passed a $71 million budget, but did use a fair amount of its surplus. Did you agree with what was approved? If so, why? If not, what problems do you have or foresee based on what was approved?

3.) What do you think are the Top 3 or however many issues facing the County that should be prioritized and will be a priority for District 4 if you’re elected?

4.) Been to any good Tea Parties lately? Seriously though, what are you thoughts on the Tea Party movement? Do you think it will affect local and state races in the same way it seems to be having an impact on the national races? 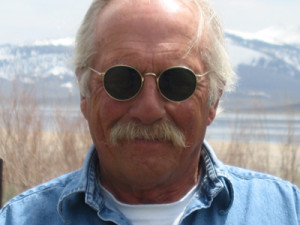 “In the months since the [June] election, I have continued to attend Board of Supervisors, RPAC, IRWMP and Fisheries Commission meetings, as well as the County Budget meetings.

As the economy continues to falter, it is clear that tough financial decisions will have to be made. Mono County has a $71 million budget for the coming year, but a good portion of the reserve fund is gone. The County’s future financial health is uncertain and we need representatives who are willing to say no to requests of funding for unnecessary projects and studies.

If elected, I will: urge fiscal restraint and maintain a strong reserve fund, fight to reduce spending on consultants paid to plan projects that may never be built, and fight to preserve our historic agriculture, aquaculture, water rights and recreation.”

1.) The only issue I needed to consider long and hard was “The Walker River Irrigation Water Leasing Plan.” Although I hate to see any water leave  the Bridgeport and Antelope valleys, I think the decision lies with the landowners and water rights holders.

2.) I attended the County’s budget hearings. Every department’s budget was reviewed and scrutinized but most were approved at close to the same level as last year. I think that, with the state’s financial disaster looming in the

very near future, a modest reduction at all levels might have been appropriate. Solid waste remains a money pit and the Road Fund had to be funded at a higher level because of less state funding.

3.) Economy, Economy and Fish. I would very much dread ever having to lay off any County employees. These people represent friends and neighbors, and as County residents they should feel their jobs are being watched over.

Although the Willow Flycatcher issue [as a threat to fish stocking] has subsided for now, all stocking programs need to be monitored and supported. Mono County may have to pick up the slack for DFG, as any new governor will probably cut funds for state agencies. Fishing is the number one segment of our economy [in District 4].

4.) If your definition of “tea parties” is mainstream America, less government, lower taxes, ordinary Americans going to political events for the first time in their lives, and leaving the Constitution alone, I am very excited about it. I believe it is definitely bringing out more frustrated people to run for office and vote, both locally and statewide … in a word: democracy.

5.) I consider myself and most people in District 4 to be mostly conservative; however, I don’t believe they need any special name, except “Americans.” 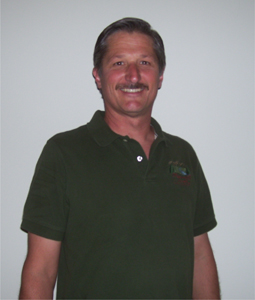 I have lived in Mono County since 1997. My wife, Mary, and I purchased the Meadowcliff Lodge and Restaurant from the Zippwalds. We have been directly involved in tourism ever since and understand the importance and how it effects the lives of everyone in Mono County.

I have direct experience dealing with the issues facing so many of us here in Mono County, including dealing with tourism, jobs, planning, agriculture, water rights and the County’s many departments.

Since moving here, I have served my community from day one. I was instrumental in bringing local internet service into the Antelope Valley when there was none. I have been on the Antelope Valley Regional Planning Advisory Committee for 10 years, and am proud to have served as its Chair. I am a Charter and 10-year member of the Northern Mono Chamber of Commerce, and presently serve as its Director. I am also a founder and a continued force behind the successful Eastern Sierra ATV Jamboree.

As Supervisor, I will work hard to represent all of you in District 4. I will always be fair, thoughtful and respectful. My door will always be open to hear all issues, good or bad.

As your government servant, I will be honored to serve you the people, as we work together to maintain and build a better Mono County.

1.) NO! We are still in tough times, no matter what others might say. Even if the state’s economy was improving, Mono County usually runs 1.5 to 2 years behind the rest of the state. With tourism reported by many businesses to be down by as much as 35%, the next couple of years are going to be tough and uncertain!

2.) The County started the budgeting process with approximately $4.5 million in reserves. They ate through roughly $2.3 million to balance the budget. About half of this was for the Solid Waste Program that is running a huge deficit.

A proposal has been made to the Board to raise fees from $50 per ton to $96 per ton — a 92% increase! This will certainly cause gate fees, and residential and commercial curbside fees to go up as well. In these economic times, can anyone afford this sort of increase? Even a 25% increase would hurt many of our seniors and others living on fixed or reduced incomes. A possible solution is to get the County out of the solid waste business altogether. Allow private enterprise, such as D&S, Mammoth Disposal or some other entity, to haul trash out of the county for a fraction of the cost.

3.) We are mainly a tourism-based economy. Because disposable income is at one of the lowest points in history, we need to be more aggressive in getting tourists here to stay for one, two or more days. Our Tourism Commission has done a wonderful job with a small budget, especially when you compare us to some of the state’s larger, wealthier counties. I propose that we at least double the budget for tourism, so we can compete better. Increasing tourism means the private sector will create jobs.

Fishing is a major part of our tourism economy but it is not year-round. We must look at doing more to increase the off seasons and in fact, we must increase all seasons. Mammoth does well in the winter due to skiing but what about the rest of the county? Each community must look at what it can do in the off season, whether that is snowmobiling, cross country skiing, bird watching, fall colors, etc. If we can increase the volume of these other activities, and work with each community based on what each has to offer, we can help build and sustain our economy for a long time to come.

I believe that we cannot wait on the state or federal governments. We must take responsibility ourselves, and do what we can to jumpstart the economy. Recently, the Board approved huge increases in fees for things like well permits, septic permits, building permits, remodeling permits, land developments, etc. In a time when there is little if any sort of development, can we really afford to raise fees? I say NO! In fact I think it’s time to REDUCE fees. Have you thought about adding an addition to your home, or putting on a new roof, or building a garage, or a workshop, or how about an addition for Grandma? Let’s allow these projects and others to go forward with lower fees! Lets help people, not hinder them! Think of the jobs we would create, as well as the BOOST to the economy! We take a “one-time” hit in fees for a “lifetime” of increases in revenues from increased property taxes!

4.) We live in a time when people see our country and our way of life changing, which many feel is not for the best. When people are losing jobs or when the idea of a better tomorrow does not seem to be a possibility, people lose hope. The American spirit is tough, but it has taken a battering. Our founding fathers saw a system “of the people, by the people, for the people.” They also knew that people must be involved in their government or else the government could become corrupt. I see people finally saying, “Enough,” and getting involved in all levels of government. I have always been proud to be an American and I am especially pleased to see the concern and involvement in our great country.

5.) I consider myself an independent thinker, and would use these guidelines to make decisions that are solid, fair and consistent when looking at any agenda item: First, what do my constituents want? This could be from a local community or a District standpoint. Second, what do my personal philosophy and education dictate? I look at all things based on a philosophy of our founding fathers. Third, what rules, regulations and laws apply to this situation? How does the law pertain, if at all? Fourth, what are the long-term consequences for a particular action or lack of action? An action today may solve a short-term solution but could create an even larger problem down the road.