This Nov. 6, three candidates are vying for two open seats on Mammoth Unified School District’s Board of Education. Current BOE member John Stavlo is running for re-election, in competition with former BOE member Shana Stapp and community member Luis Villanueva. Stavlo’s seat is up for election, as is the seat held by BOE member Greg Newbry, who is not seeking another term.

Incumbent Stavlo, appointed to the Board this past March, is a retired Aerospace Executive with 40 years experience. He holds bachelors and masters degrees in electrical engineering, and graduated from the UCLA Anderson’s business school Executive Management Program. He was Vice President and Program Manager of Advanced Technology Programs at Northrup Grumman. He also has been through the state’s ENCORPS program, which recruits scientists and engineers to teach math and science in schools. After receiving his temporary teaching credential, he taught, mentored and tutored some Mammoth High School students in the Independent Learning Center in Algebra, Pre-Calculus, Calculus and AP Calculus.

Qualifications/Experience: “As a Graduate of UCLA’s Executive Management Program, I have experience helping take industry to the next level,” he elaborated. “When I was working in the aerospace industry at Northrup Grumman, those were challenging times in terms of cost and scheduling problems. I worked with a diverse group that all had different agendas. I found myself in situations many times trying to figure out how to come to a common solution.

The District is facing financial difficulties, new common core standards with no implementation funding from the state, and so on. I’m cognizant of the fact that something like 50% of college graduates are foreign nationals, and they go back to their countries and compete against us. And U.S. students rank 25th out of 35 of the top industrial nations in math and science.

Budget: Stavlo pointed out that MUSD’s current 40% reserve actually breaks down to 18% as reserves and 22% as the cash flow you need between April and December, which are the two times MUSD gets property taxes from the County. “You want to make sure you keep reserves above 22% and cut deficit spending to zero, not an easy task,” he explained. “I have a problem going with furlough days … that directly impacts our students’ learning. Our students are competing against other countries. Australia has 200 days and more hours per day, and some Asian countries have as many as 225 days. I’d look at where are we getting maximum student bang for our buck. Stavlo said he favors a more “performance based approach.”

Dual Immersion: “If you look at the non-Hispanic students in DI [Dual Immersion], they seem to perform better than their classmates, but the Hispanic students don’t seem to be doing better than those who aren’t in the program,” he noted. “I’m just starting to get a sense of how to modify and change things, but the jury’s out still on this. Let’s continue it, get more data and try to figure out how to improve things from there.”

Technology: “The Khan Academy is a good teaching tool. I think there is something to be had there, and if I’m re-elected I plan to bring it up. It’s all about teaching, not necessarily teachers. As a country we look at the teachers and want good teachers. We can get things done if we improve significantly on the teaching process.”

Sports: “We need sports as part of an overall learning process,” he stated. “Not every student is a football player, but they’re out there working together outside of the academic environment. A lot of sports programs have to do their own fundraisers, and we might not be able to improve on it but I’d hate to see it — or band or orchestra or chorale — disappear.” 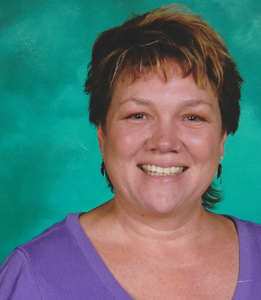 Stapp is a U.S. Army veteran, where she served as a Russian Linguist and Intelligence Analyst. As a parent, she has volunteered in the Mammoth community, in her children’s classrooms and as Mono County Girl Scout Manager and Troop Leader for six years. She is currently serving her 15th year as a volunteer for AYSO and has served as President, Coach, Referee Coordinator and Board Member. For the past 13 years, she has worked as an Alternative Education Teacher for Mono County Office of Education. Stapp previously served as a Board Member and President of MUSD School Board for four years, until stepping down for family reasons. She thinks now is the time for her to return to the Board, saying in her candidate’s statement that she has “more to offer this community and the school district.”

Qualifications/Experience:Stapp cited her “knowledge of students’ needs,” derived from 13 years a teacher and 4 years on the Board of Education. “As a Board member, I took a quantum leap,” she said. “You get to see more on the Board than you do as a layperson, but I also have a lot of sympathy for the teaching profession.” She said the break from the Board “has given me a perspective I didn’t have before … I got to see the effects from the sidelines.” What made her want to run again? “I looked at my life as a single woman, a mom, a teacher and a widow, and kept coming up with the same two answers: get back on the Board … and get your Masters in Education, which I’m pursuing.”

Budget: “It’s a scary future,” Stapp said. “At the state level, it appears there’s so little money to go around, because our country’s priorities are all screwed up. We’ve cropped off every last dime, and staffing of programs is basically at zero. Classroom size reduction is on the way up, and then there’s deficit spending. Where do we go next? Salaries have been negotiated, but I’m worried about targeting benefits. Bottom line is there has to be a ‘re-funding’ of our children.”

Dual Immersion: “DI is a great idea,” she enthused. “Studies and research back up the results of DI programs. I’ve lived in Germany, and that’s what they do. It’s one of the few programs that can keep us competitive in the 21st century.”

Technology: Stapp said she supports bringing cell phones, iPads, iPods and the like into schools. “Don’t block websites, teach them how to use them appropriately,” she recommended. “Find ways to use fun things as tools.” Stapp also supports using technology to “flip the classroom,” a la using outlets such as the Khan Academy.

Sports: She supports those programs, but called the community and parents stepping up “a must.” Can academics survive without sports? “No. There has to be more to life than just academics. Sports pulls kids out of the classroom and into personality building experiences.” 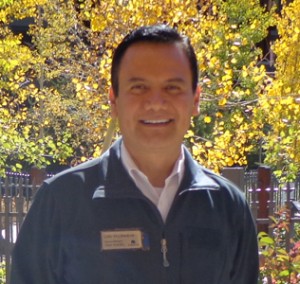 Villanueva is General Manager at the Village’s Grand Sierra Lodge, and has extensive guest service experience. Previously he has held positions with Hyatt Hotels, Ritz-Carlton Hotels and JC Resorts. He earned a Bachelor’s degree in Business Administration from the University de Puebla in Mexico, an Associates degree in Hotel and Restaurant Management from Long Beach City College and a second Associates degree in Public Relations from CSU Long Beach. Fluent in Spanish and French, he enjoys traveling the world and experiencing other cultures. He has enjoyed living and working in Mammoth since 2006, and “loves the incredible wonders of the Eastern Sierra.”

Qualifications/Experience: “Economic strength comes from opportunities for individuals of all socio-economic backgrounds to pursue the American dream. Throughout my career in the Hospitality Industry, I have balanced budgets and optimized services despite limited resources. The youth of today are our future leaders, business owners and policymakers.  It is my goal to optimize educational opportunities for all students.

Budget: The budget reductions have had a heavy impact on our education system, and unfortunately they will most likely continue. In our small district, we must work efficiently and smartly in order for our students to stay competitive with those in larger districts. We must offer flexibility in our class offerings, while operating within our budget constraints.”

Dual Immersion: Villanueva said he supports Dual Immersion, calling it “an integral part of one’s educational development,” and said it is up to parents to decide what is best for their children. “I cannot thank my parents enough for encouraging me to learn other languages and for requiring this during the educational process,” he said. “Multiple languages have opened many doors and provided opportunities in my life. Considering current worldwide economic challenges and globalization, Dual Immersion is crucial to our nation’s success. Studies have shown there is a positive effect on intellectual achievements. The gift of multiple languages enriches and enhances a child’s mental development. It allows students more flexibility in their thinking, opens doors to other cultures, and helps a child understand and embrace our differences and our similarities. Dual Immersion also gives students a head start in language requirements for college and increases their marketability in future careers.”

Technology: “No longer is our only method of teaching standing in front of the class and lecturing,” Villanueva posited. “Textbooks eventually will become obsolete when instructional materials are easily accessible online. Computers and online learning enhance the effectiveness of teachers in educating their students. Secondly, we need to ensure teachers and classrooms are properly equipped with cutting-edge technology.” He added his take that U.S. students would benefit from technology when they have to compete with their international counterparts in the global economy.

Sports: I believe sports programs should be an integral part of the student educational process and youth development. Sports teams in this district put forth tireless fundraising efforts to maintain these programs. Despite limited resources, I support sports programs as a way to help students understand that success in athletics can translate into the development of valuable life skills and classroom achievements.”