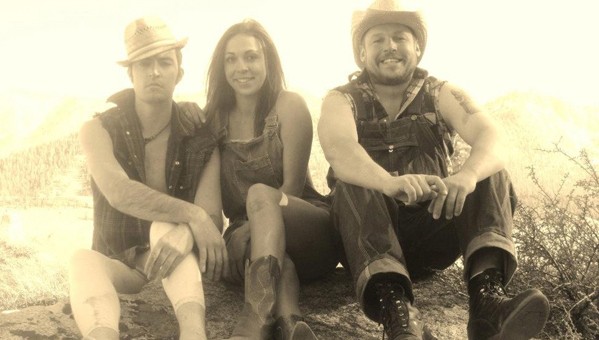 Like most people, I first heard about Keegan Moore’s death through rumor: all I knew was, a young man had drowned somewhere in Mammoth.

Unlike most people, it was then my job to track down the facts, something I did with trepidation, perhaps sensing what I was about to find out. I didn’t know Keegan very well; as with many Mammoth locals, I knew him a little from a handful of funny, friendly interactions. I never would have guessed that I’d find his name on the Mono County Sheriff’s press release, or that his death would be so tragic, still shrouded in rumor and speculation.

In the nature of tragedies, we’ll never know the full story.

What I do know, after talking with those who were much closer to Keegan than I, is that he was more than just a colorful character, a local celebrity whose bold wardrobe separated him from the crowd. He was also a big-hearted gossip, catty and caring, who made friends with everyone he met, from pets to kids to little old ladies.

“I knew him from Lakanuki, because that was his home away from home,” said Kelly Bolin, who lived with Keegan for two months last fall. “He was like nobody else; witty, loves to gossip. He was always a pleasure to be around.”

Valen Howe, who met Keegan at the beginning of both of their first seasons in Mammoth, called him her best friend. “My first impression was, I was wearing shorts and boots, and he was like, ‘Oh my gosh, I love your boots.’ He comes into Lakanuki that night and he’s like, ‘You’re the girl with the boots! We have to hang out.’” Valen gave him her number and they met up to tan the next day. Only later did Valen find out that because Keegan was too far gone the night before, he couldn’t remember whether she was a boy or a girl. “On his Facebook page from that day there’s a post, ‘I met someone named Valen, I’m not sure if it’s a boy or girl, I’m waiting on pins and needles,’” Valen said. “Then in the comments a little ways down he wrote, ‘It’s a girl!’” The two were inseparable from that day on.

“He didn’t give a shit about what anyone thought,” Valen said. “He definitely had a dry sense of humor, and some people took offense. Really everything he said was hilarious. I don’t think he was ever deliberately trying to be mean, it was just the truth.”

This honesty and openness drew people to him more than it pushed them away, as was evident from the packed crowd at Lakanuki two weeks ago for Keegan’s memorial and benefit. Keegan made friends everywhere he went, said Valen. “We’d be hiking and I’d get so mad at him because he’d start talking to people on the trail. He always said, ‘You never know who you’re going to meet.’ I think everyone should be like that.”

“You cannot be in a hurry and run into Keegan,” Kelly laughed. “You start walking away, and he’s like, ‘Wait a minute, wait a minute, let me tell you about so-and-so.’”

What I think about, when I think about Keegan now, is not only this funny, familiar attitude he took with almost everyone he met, but also a certain vulnerability I noticed in him; a kind of melancholy that lingered underneath his witticisms. His close friends saw this quality, too; “I wanted to take care of him,” Kelly said. “You just wanted to adopt him.”

Kelly recalled conversations with Keegan about where he was from, and his experience growing up gay in Cortez, Colorado. “He explained to me how he went through that, and his only friends were his teachers, and how he came to Mammoth. It’s funny to see that transition. Look at how many people love him.”

It didn’t necessarily start that way, said Valen. “Our first season, and him being gay, and me being a girl, it was definitely hard for us to make friends,” she said. But something that many of Keegan’s friends remarked on was the fact that Keegan eventually found a community that embraced him here in Mammoth. “People do accept you for who you are,” Kelly said. “And they not only accepted but cherished him.”

I saw evidence of this at Keegan’s memorial at Laka, where Keegan’s friends, many of them straight men, dressed up in his signature bowtie, short shorts, and flip-flops. Valen noted that Keegan’s first pair of short shorts was her own. “He totally stole my short shorts, and he pulled it off,” she said. “He’d always say his legs were like Heidi Klum’s, if only he had time to shave.”

Is it so shocking, in this day and age, that an openly gay man was accepted by his small town community? In some ways, yes. Mammoth is a small town populated by a large number of young men in action sports industries, and I invite anyone to name an out, action sports athlete off the top of their head. However, the young population in Mammoth also tends to be largely liberal. “The changing political scene has a lot of influence on how people feel toward a person’s sexuality,” said Mammoth resident Zachary Ergish, who came out to friends and family two years ago. “Also, our town seems to be relatively young. Generally speaking, relatively young means relatively progressive.”

“I personally am proud to say I didn’t know anyone who didn’t accept Keegan for his sexuality,” said Kelly Bolin.

If anything, the primary challenge of being out and gay in Mammoth is not bigotry, but the limited chances to connect with others in the gay community. “I had an overwhelmingly supportive coming out experience in a small town,” said Ergish. “That said, it’s been my knowledge and experience in Mammoth that it is limited; it is a small population, and the gay population is a small community within a small community.” Meeting other gay men and women, forming relationships of any kind with them, is a challenge here.

Another challenge of a small town, especially a small resort town, is the party scene. Kelly Bolin described Mammoth as Never Never Land. “You play, play, play,” she said. “And everyone has the urge to drink. It’s a celebration to be here.” She recalled that Keegan’s mom worried about him living in Mammoth because of the town’s party reputation. “And now I understand where that worry comes from,” she said.

Bittersweet, then, that Keegan’s life should be celebrated at a bar, as much as it was his home.

When I asked whether Keegan’s friends had ever talked to him about his drinking, Kelly replied, “We tried. He made his own decisions.” Valen remembered, “I’d definitely take him and have to go on adventures. He never could do it on his own. I’d take him out to the gym; he’d never say no to me, but if I wasn’t there, he was just like, ‘I don’t know how to have fun without drinking.’” Keegan was known for carrying around a backpack with a laptop and handle of Vitali, his favorite vodka; he was known for losing jobs because of late nights out on the town; he was known for the time he passed out in the Village and had to be taken to Bridgeport. That said, his friends didn’t turn a blind eye. “We don’t want his family to think he was out here falling into a pit and nobody gave a damn about him,” said Kim Bolin, Kelly’s sister. “[But] he didn’t need people to hang out with him to get drunk.”

What the Bolins struggle to understand, and what many friends will probably continue to grapple with, is what drove Keegan to drink the way he did. “The thing that I don’t understand is that he seems perfectly happy,” Kelly said. “He was happy, but he drank to a point…. I wish he could have tried a little harder to back off.”

Living in Mammoth presents numerous, daily challenges to sobriety. Binge drinking is a social activity in any resort town, where much of the visiting population is on vacation, and much of the residential population is intent on reliving their freshman year of college. “The thing with Mammoth is it’s hard to call it a drinking problem, because if everybody else is doing it, it doesn’t seem like a problem,” Kelly said.

After a tragedy like this one, with toxicology reports pending and rumors flying, it can be a challenge to resist assigning blame. Without the whole story, we could point fingers at Keegan’s Colorado community; his family; Mammoth; his Mammoth friends; or even Keegan himself. But assigning blame doesn’t really do any good. What I saw on Thursday night at Laka, for all the flamboyant celebration, was a community that is confused and grieving. How do you cope with the loss of a Mammoth legend, and a person who you always assumed you’d bump into again, whether at Laka or Vons? Maybe by remembering Keegan for his singular personality; his humor, his heart, and his generosity in his interactions with other locals over his two years in Mammoth.

“When thinking back, one word jumps out at me: adventure,” said Keegan’s friend Jamie Jarvis. “Keegan was full of it, and if you were hanging out with him you were on one, whether it was a trip to Keough’s hot ditch rather than springs, or chasing Rihanna with Valen for a chance to be her backup dancers. We were always dancing always having fun. Adventure, that’s Keegan.”

“I’ve only been here three years, and you meet a lot of interesting people that come and go,” said another friend of Keegan’s, Alisa Rodriguez. “But when it really comes down to it, Keegan is one of those incredibly unique people who’s irreplaceable. There is no one like him and there won’t be anyone like him for a long time. He didn’t move here for conventional reasons, and he didn’t live a conventional life here, but he made such an impact on everyone he met.”