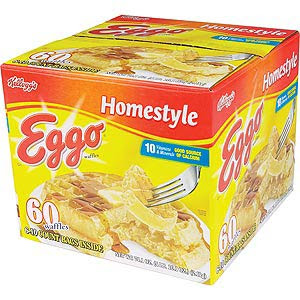 Here’s the crucial difference between the public and private sector.
When someone at The Sheet has a grievance with management, I listen attentively, tell them I can’t afford whatever they’re looking for, and then, if they persist, threaten them with coverage of a Town Council meeting.
In the public sector, when you file a grievance, your boss listens attentively and then offers to pay for your commute to work.
Let me explain.
In July, 2007, Mammoth’s Town Council, in its negotiations with various employee unions, committed to some form of transportation assistance for its staff.
According to a Staff report by Human Resources Manager Michael Grossblatt, The Town thought ESTA (Eastern Sierra Transit Authority)would provide this assistance, but ESTA, due to budget constraints, could not, so the Town agreed to unilaterally fund a 6-month carpool program beginning in March 2008 and expiring in October 2008.
Due to budget issues (exacerbated to some degree by an inability or unwillingness of Council and Town Manager Rob Clark to make necessary staff cuts), Council ditched the carpool program in November 2008. The employee associations promptly filed a grievance.
After spending $2,500 on legal counsel, the Town, with the help of ESTA, ultimately reached a compromise settlement with the unions.
ESTA developed a vanpool program, and in January, purchased three 14-passenger vans with state transit monies.
The Town then agreed to underwrite half the cost of the program for 2009-2010. Cost = $18,000.
It is a program that is open to all employees/employers within the Mammoth Lakes area, but that opportunity, to my knowledge, has not been advertised. The few business owners I spoke with hadn’t heard a lick about the program.
In fact, Mike Hamdorf (Servicemaster) said he specifically bought a vehicle last year so that three of his employees could share it for the Bishop commute.
Perhaps he could have saved himself a vehicle purchase if he’d received a heads-up from the friendly local folks who collect taxes from him.
Rick Gorges of Black Gold Asphalt was similarly unaware of the program, but tremendously interested, as seven of his ten employees live in Bishop.
Greg Jennison’s response. Never heard of it.
Currently, the vanpool program only has two vans in service. One van is being operated from Bridgeport to Coleville according to Grossblatt. The other operates from Bishop to Mammoth. The Bishop-Mammoth van is currently about half-full, estimates Grossblatt, who said interest in the service, at least thus far, has been diluted by more manageable gasoline prices.
How is the program being paid for? It’s being paid for, like so many other Town programs at the moment: by borrowing from the future.
As Grossblatt’s report stated: “Staff has proposed that the money to underwrite the vanpooling program can be generated by reducing the depreciation recovery rate of the six trolleys from 100% to 80%. A modification of the replacement rate is possible because of the historic success in the award of grants that partially fund transit rolling stock replacement.”
Look, I’ve got no philosophical problem with a vanpool program, but it appears we’ve spent about $100,000 this year to accomodate seven commuters, and we can say, well, a lot of that is state money, but when is state money not OUR money, and why can’t local taxeaters organize their own damn carpools?
That said, as long as us taxpayers are footing the bill, we may as well put a few riders in the van. Better us taking the seats than the local taxeaters who are already laden with perks and benefits of all descriptions. John Vereuck, a member of the Town’s Citizen Budget Committee, estimated that the Town, spends an additional 58% of a typical worker’s salary on that worker’s benefits package. Meaning, the Town spends $158,000/year on an employee with a $100,000 salary.

Clearing out the backlog …

Onto other matters. I’ve been so busy the past few weeks that I finally got a chance to catch my breath Wednesday and pore through some old notebooks and figure out if there’s anything I’ve neglected to pass on.
My notes of a July 14 conversation with Mayor Neil McCarroll were illuinating. The day before the last Council meeting, McCarroll said he would like to see Town Manager Rob Clark lay off another five people, and, he added, “John Eastman and I intend to give [Town Manager} Rob Clark two weeks to do it.”
Unfortunately, Mayor McWaffle was more than willing to “leggo that eggo” come meeting time, ultimately settling for another $200,000 in staff cuts to be completed by January 1, 2010.
How did he come up with the number 5? According to McCarroll, Mammoth Mountain Ski Area slashed its payroll 17% this winter. If the town reduced staff by an additional five employees, that would bring its staff levels down a similar 17% from a year ago.

From the School Board meeting last week come two tidbits. One was the revelation that the Town is hoping to include Mammoth Unified School District (MUSD) as a revenue-grubbing partner in the hopes of extending the Utility Users Tax (UUT).
The UUT was established some years ago to finance various parks and recreation improvements. The tax is scheduled to sunset in 2011.
Of course, no self-respecting taxeater will watch a revenue stream dry up without a fight, but recognizing its own unpopularity, Mammoth’s Town Staff has proposed adding MUSD as a “partner” and splitting proceeds. After all, splitting $800,000 is a helluva lot better than zero.

The other interesting part was Tina Schrager’s demand that Mammoth Mountain step to the plate and pay its fair share of property taxes.
Mono County is still in the process of reassessing MMSA (based upon its 2005 sale to Starwood Capital).
MMSA CFO Mark Clausen said he’s received a letter from the County which states the value at which it intends to assess MMSA, yet no formal bill has actually been delivered.
The County and MMSA, said Clausen, are a staggering $100 milion apart in their valuation estimates.
At the risk of oversimplification, the major difference between the two parties lies in methodology.
MMSA thinks the County should value its assets on a piece-by-piece basis. What are the assets individually worth? What is each building worth? What is each lift worth?
MMSA maintains that intangibles which make the business more valuable, such as consumer loyalty or brand recognition, should not be factored in.
Instead, MMSA said the County is using the 2005 sale price of $365 million as a starting point (though the resort was bought at the absolute peak of the real estate market) and that the County, in part, has arrived at its figure based upon using a multiplier of revenue.
The assessment is undoubtedly headed for appeal.

Chadmar Developer Chuck Lande had a few reactions to our coverage of his successful appeal of a public art fee last week. Lande, in his own gentle way, suggested that The Sheet did not truly understand the nature and intent of the Public Arts Ordinance.
Upon further reflection, I think Lande would be correct in that analysis.
I assumed that the ordinance reflected its title, and that the primary goal of the ordinance is to facilitate the acquisition and maintenance of public artwork – you know, like bronze statues of Greek Gods and Goddesses eating grapes.
The ordinance, as it turns out, provides for a variety of ways for a developer to meet his/her public art obligation.
As Lande said this week, “A lot of the development around here is building and pavement. My goal is and has always been to create something that looks as though it’s been there forever.” Something, obviously, that blends in with its natural surroundings.
The water feature built by Lande is not a glorified drainage ditch and that’s not the purpose it’s meant to serve (as confirmed by site plans). So I stand a little chastened for taking the easy joke out.

Finally, I am delighted to report that One World Eats is now open, and despite owner Andrea Barseghian’s downplay of her own cuisine (“It’s not the exact taste I would want. Yet anyway. It’s hard to find a mediterranean cook”) the food is great.
When I came by, Barseghian was obviously worn out, which may have made her a little more frank than she normally might be, but … let me put it this way. She’s funny and open and speaks her mind and the Town nearly tore her apart with the bureaucratic wrangling required to open the joint.
“They really pushed us too hard. For what? For turning a dumpster into a nice place?”
“I’ve done construction in L.A. I never had a problem [there] like I had here.”
Initially, she said she and her family would come here skiing and would never make a reservation in time. “I bought the place so I wouldn’t have to make a reservation,” she said with a smile. “I know. It sounds ridiculous.”
She and husband Hacob Mkrtchian bought the property when it was in foreclosure with the idea of fixing up and ultimately selling the restaurant while keeping the two cabins on the property for personal use.
The restaurant she inherited had rats running everywhere and grease 2” thick. It was a project.
Relations with the Town got so bad at one point that she was told thatoif she wrote one more letter, the Town would charge $74/hour to read it.
She was especially frustrated by the Town’s problem with her use of travertine rock.
If it was good enough for ancient Rome, she reasoned, it should be good enough for Mammoth.
“I asked them ‘Why are you interfering with my artistic freedom?’” she said.
Fortunately, the Town has been good enough to stay out of the kitchen, as we all know the Town’s incapable of fixing cereal without spilling the milk or going over budget. Sheet food rating: 4 stars.