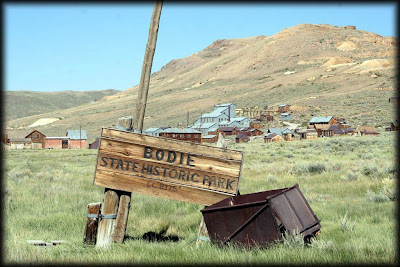 The Governator may have terminated any new taxes, but the state’s new budget is hardly shaping up to be the “feel good hit of the summer.” Cuts that will likely leave deep divots in programs such as healthcare, schools, prisons and local government assistance are the result of the budget deal struck between Gov. Arnold Schwarzenegger and lawmakers this week. The California legislature was expected to vote as early as Thursday on the deal that seeks to close the state’s $26.3 billion budget deficit.
The budget may not be considered much of a “deal” by many Californians, but does trim spending by $15 billion. General Fund spending is reduced from $92 billion to $88 billion, taking California back to 2005 levels, but that means cuts of $6 billion to schools, $3 billion to colleges and $1.2 billion to prisons. Schools are to be repaid $11 billion when (one could also use the term “if”) the state’s economy turns around. Medi-Cal, the state’s health program for the poor, will be cut by $1.3 billion.
The governor’s budget also proposes that the state “borrow” $2.1 billion in local property tax revenues from cities, counties and special districts to help fill the gap. The funds would be borrowed via a provision under Prop 1A (2004), a voter-approved measure that allows the state to borrow up to 8% of total local property tax revenues during a Governor-declared fiscal emergency.
Sacramento is required to pay back the “loan” within 3 years with interest, but Mono County Board of Supervisors Chair Bill Reid called that goal “unrealistic.”
A wary Mono County Board of Supervisors opted to proceed cautiously during a lengthy, meticulous discussion of whether and when to staff 11 vacant County level positions during Tuesday’s regular Board meeting.
“We could leave the positions vacant longer,” suggested County Administrative Officer (CAO) Dave Wilbrecht. “Part of the problem is that [in terms of the state budget] we just don’t know.”
He proposed various alternatives, including a hard freeze for three months (followed by a “soft” freeze for the remainder of the fiscal year). “We should consider holding off until at least Aug. 4,” when the state budget is closer to final. “We could be in big trouble,” he said.
Supervisor Tom Farnetti took that point, but proposed keeping options open. “We have $6 million in reserves, but also may be facing a Public Works/Roads department crisis we’ll have to deal with,” Farnetti said.
The state is considering making off with a sizable amount of Highway User Tax Act (HUTA) money, which is garnered from gas sales at the pump and dedicated to road works uses. Roughly 120 small towns (Mammoth Lakes among them, rumor has it) may be exempted from the gleaning, but so far no exemption has been proposed for rural county governments that stand to see their shares gutted by Sacramento, including Mono County.
Evan Nikirk has previously advised the Board that without backup from the General Fund, he’s facing a loss of almost $700,000 and layoffs of between 15 and 20 of his 25-man roster. However, according to County Counsel Marshall Rudolph, if allowed to stand as part of the state’s approved budget, lawsuits to contest the HUTA grab are almost a certainty. (By mid-week, more than 180 California cities had already passed resolutions threatening to sue the state if lawmakers approve one of the budget’s plan that would seize billions in local funds, according to the League of California Cities.)
Meanwhile, the Town of Mammoth Lakes is trying to figure out what impacts it may feel.
Finance Director Brad Koehn said the Prop 1A impact may shortchange the Town by $253,000-$290,000 in the next fiscal year.
This compounds some difficulties the Town is facing because of land sales which may not be consummated. Supervisor Byng Hunt confirmed that the County, at least for now, has backed off on its proposed purchase of a share of the McFlex (hospital parcel) parcel owned by the Town until further notice.
Other entities who typically receive County funding support may wish to develop backup plans.
Only a few weeks ago, 200 of the state’s 270 parks were facing potential shuttering, including nearby Mono Lake and Bodie. Geoff McQuilkin of the Mono Lake Committee said new estimates could reduce the cuts and closures required to as little as $8 million, and suggested the future was looking brighter for Mono Lake and Bodie, which he said are “well-positioned, based on popularity and use.”

Here is how the County assessed and prioritized some of its staffing/departmental needs for the coming year:
The Assessor’s office, along with other areas, such as Public Works, recently completed some major restructuring, streamlining costs and staffing. “With 2,500 of 5,000 assessments, I’m only half done, and I’ve already set up 225 appeals hearings. I desperately need someone to help manage and coordinate staff,” Henning told the Board.
Supervisors wasted no time in citing her department as a chief source of County revenue, one that is also very time sensitive, and quickly approved filling the post. Eliminated at the same time was another open position within the department that Henning said she doesn’t need.
In Community Development, a Transportation Analyst opening will remain unfilled.
In Mental Health, one position that would ideally help with billing and report generation was debated. According to Director Ann Gimpel the position, funded entirely by Mental Health Services Act dollars, would be a revenue generator, helping recover money from hours billed to California’s state mandated programs. The Board decided to hold off on the job until the state’s funding situation is worked out.
It made the same decision with a nurse position being sought by Public Health. Director Lynda Salcido advised the Board that a serious candidate, who also happens to have valuable bilingual capability, is being considered for the job. The Board agreed that it was important to make sure the hold didn’t cost the County a good nurse and asked Salcido simply to report back prior to hiring a candidate.
Both departments were directed to continue with recruitment processes already well underway.
Animal Control was given barking orders to hire a fourth officer. A second position, however, was told to sit and stay. The CAO’s office was cleared to pick up a transfer of a worker up for a layoff due to a previously eliminated FTEE position in Public Health. County Counsel Marshall Rudolph, however, said an unfilled position in his office could remain that way for the time being, saying he could run with a part-time temp employee.
A Social Services department slot was put on hold until Oct. 1, though Director Ed Zylman said it would take at least that long for him to get through the recruitment process anyway, which the Board agreed he should continue.
Also on hold, a Probation Officer position that has been vacant since August 2008. The job has been tough to fill — two previous candidates both failed background checks. A third is in process, but recruitment for the slot is a long, arduous affair and the Board opted to let it continue, agreeing time was on its side.
Mono County Rick Scholl caught a much-needed break, now able to hire a new Public Safety Officer for the jail. The job would fill a vacancy left in the wake of a resignation.
Even if the budget passes, it’s possible more cuts may be required later on, especially if revenue predictions don’t live up to expectations. And if digging California out of its fiscal hole takes several years of work, experts say tax increases may not be completely out of the equation, either.
Some critics and political pundits analyzing the budget opined that the state is being forced to face up to its spending problems without borrowing, chastizing the legislature for “papering over its problems” far too many times in both good and bad revenue years, and missing golden opportunities, such as the dot com and real estate booms, to put its fiscal house in order.
Supervisor Vikki Bauer seemed to echo those assessments. “California is going to have to learn to live within 2-3% growth, versus the double-digit growth it’s been used to,” Bauer said.