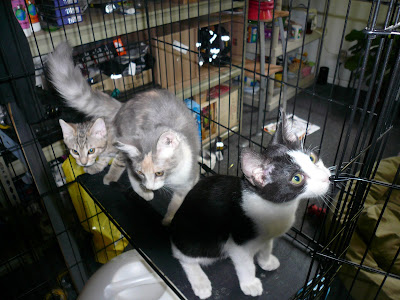 From left: Tao, Zen and Ollie … three of the eight fuzzy faces that were adopted out of Mammoth Pet Shop. All 8 kitties have homes. MPS said they’re ready for another lot. (Photo: Geisel)