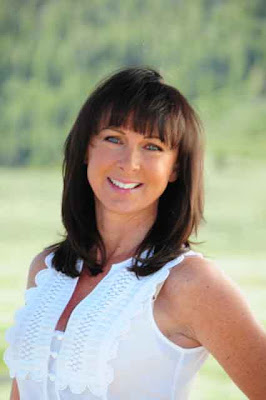 Pasley takes over at CBMRE

The “vanity plate” on the back of Linda Pasley’s car translates to “Mammoth Chick,” a bit cheeky, perhaps, but she’ll say it’s accurate.
Pasley, who took over as VP/Broker of Coldwell Banker Mammoth Real Estate not long after the untimely passing of its founder, the late George Fowler, has easily lived here long enough to be considered a local and then some. But don’t think that just because she’s now sitting behind Fowler’s desk that she’s putting her feet up on it. This Mammoth Chick isn’t taking anything for granted when it comes to her family, career and community.
The Sheet: First off, some history …
Linda Pasley: I moved here from Southern California with my family when I was 14. My mom loved fishing and one summer day in 1976 she came home and said, “We’re moving to Mammoth,” and that was that! So, I’ve seen a lot of changes in the town since then. After high school, I got married and had 2 daughters, Heather and Hanna. (Heather is a Pastry Chef at Restaurant Skadi, and Hanna is studying for her real estate license and plans to join Pasley at Coldwell Banker.)
… I got my license in 1991, at the time not the best market to begin a real estate career. Like most people in Mammoth, I held a few jobs in between. By 2003, I was determined to work only in real estate, even if it meant starving to death, which we nearly did. That’s when I came to CBMRE and George Fowler.
They had the best agents, and the top market share, and the name brand recognition was something I wanted to be associated with.
Sheet: What was your first meeting with George like?
Pasley: He took an interest in me straight away, and pushed me hard to achieve things I had no idea I was capable of. He always said, “Work the corners and edges. Suit up, show up and be accountable.” When I passed my brokers exam, he smiled and asked what I was going to do with it and I told him I was going to take over his job!
Sheet: Taking over for George, especially at an international brand such as Coldwell Banker is huge. Did you find it daunting?
Pasley: It’s huge, but it’s still hometown. When I was asked to step in as broker, I didn’t hesitate. I just said, “Yes, of course,” and did it. Looking back at all I learned from George and all the opportunities he presented to the staff, I realize that it was no accident. All the training and grooming was to prepare us for this moment, so we could continue, go forward and stay as strong as we’d always been. Now being broker feels … natural. That’s because of George.
Sheet: Any new plans going forward?
Pasley: Well, we have a lot of plans and things in the works [top secret for now]. The sales and support teams are very experienced … they’re just amazing, and I suppose the biggest change at the moment is Jeff Warwick has stepped up and taken over our marketing, which is great.
Sheet: What do you want present and future clients to to know, now that you’re in the big chair?
Pasley: That we’ve been here in Mammoth, in this location for 40 years. We’re knowledgable, we’re experienced.
Sheet: Did George pass on his unbridled optimism?
Pasley: George loved Mammoth with a passion, and his contributions to the community run deep. He was very, VERY generous and helped so many people realize home ownership that otherwise never would have without him. He believed in Mammoth. When you work with George, that kind of optimism is infectious … you can’t help but have it become part of you.