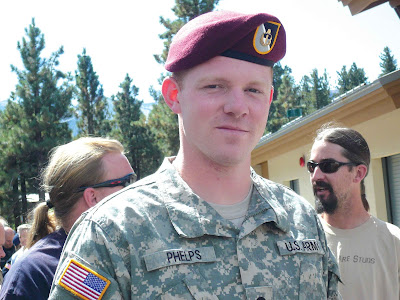 The best part of the paper this week is the paucity of my words in it. After a long summer, I’m having a writer’s hangover. Too bad writers these days are so dull that the hangovers rarely include cocktails.
Last week, I apparently was politically as well as grammatically incorrect on several points. One could argue, however, that my heart was in right place, though I’ve learned that this doesn’t count for much.
For the record, I am NOT one of the people demanding his money back for the MHS Football fundraiser. I do, however, take issue with the Coach calling to rip me for reporting others’ dissatisfaction. James, I’ve coached MHS teams, and I know how difficult it can be, and I share some of your frustration. In my first year as head basketball coach, I had two starters declared ineligible right before league started, including the only player on my team over 6’.
There was also the time the whole team came down with the flu and only five kids dressed so I had Eric Olson jump center. We played the final quarter with four after someone fouled out.
So Coach, just try to stay the course and keep an even keel and apply any other motivational analogy you wish to the situation; just save your fire for the other team.
BTW, James did call to report the JVs won their opener 21-14.
Now onto the bear issue. Oh wait, James, maybe you should shoot me! First thing I wanted to point out was what a great job Geisel did getting the accurate story up on the blog (www.mammothsheet.blogspot.com) the next day (Friday, Sept. 4). All I wonder is whether Councilmember Sugimura will continue to insist that we still have a close working relationship with the State Dept. of Fish and Game. She was also the person who said we weren’t heading into a recession last year; and the only reason things were heading south was because we were talking our way into it.
A fine analogy, but one more suited to describing my dating life circa 1996.
The lack of communication has only served to empower the volunteer group Bear-With-Us, a group Council encouraged to form, and a group Council has wished would go away ever since.
Some questions were raised last week about the 501(c)3 (non-profit) status of Bear-With-Us, perhaps in an effort to discredit the group.
Marianne O’Connor said this week that the application is in process, but indeed, Bear-With-Us is not a 501(c)3 organization at this time.
Which also means the group has no financial oversight.
“So what happened to that $20 I gave you for a t-shirt?” I asked.
O’Connor said that the money goes towards producing literature and stickers and furthering efforts to raise public awareness of local bear issues. She said she and Bear-With-Us President Joe Parrino volunteer their time and efforts for nothing, and will pay for the advertisements in the past two issues of The Sheet out of their own pockets.
The group also still owes Steve Searles $4,500 for work he performed last year. “Donations won’t go towards that [debt],” said O’Connor. “Joe and I are responsible for that.”
“Does Steve expect payment?” I asked.
“Yes.”
“I can’t tell you how much time I have spent on this [Bear-With-Us] on top of maintaining my own business,” said O’Connor. “When people are upset about an issue, they tend to point fingers in every direction, and we fully expected that at some point they’d point the finger at us.”
Missed the 9/11 event today at the Fire Station because of deadline, but do wish to extend my annual prayers to one Manny Del Valle, a kid from the Bronx I went to summer camp with who grew up to be a New York City firefighter. He died at the Towers that day. His name’s on the wall at Ground Zero …
And from Geisel’s desk …

Kids attending a new preschool may want to throw Mammoth Lakes Planning Commission members some “happy child noise.”
During its regular meeting Wednesday, Commissioners voted 5-0 to approve a use permit for the new Mammoth Lakes Parent Preschool in the County’s former library building located at 930 Forest Trail. (The building has also been used as an erstwhile community center for the town, and will also house part of Mono County’s First Five infant special education program.)
The Mono County Office of Education, which has oversight of the building, amended the County’s use permit to allow operation of the preschool, which is currently putting together its curriculum and other essentials in advance of its projected opening this coming January, shortly after New Year’s.
Staff will consist of one teacher and a rotating set of two parents per session. The preschool has use of 1,300 square feet inside, and another 1,000 square feet of fenced play area outside behind the building. Snow play will be available, weather permitting, during the winter season.
Snow shedding from the roof was an issue raised by commissioners, but staff reported that in addition to thumbs up from Town and County staffs, the Tourism and Recreation Commission and Parks and Recreation Department both determined that the actual play area is located a safe distance from the roofline before giving their recommendations to approve.
Mono County Office of Education Superintendent Catherine Hiatt said the preschool, an independent parent-driven cooperative with its own staff, is designed to handle 14 children per session ages 3-5, which is the maximum allowed by the state given the program’s parameters. Licensing, primarily for safety and other types of concerns, is still pending from Sacramento.
Commissioner Elizabeth Tenney raised the questions of noise complaints that might be called in by nearby homeowners possibly objecting to the sound of children playing outside.
Hiatt responded that there may have to be some kind of noise “mitigation,” but whatever that ends up being, the parents have already talked about it and are on board with whatever needs to be done.
*Sheet comment: if a nearby homeowner complains about the sound of kids’ playing durrng a weekday afternoon, move them to the Ghetto for a week over the summer and let ‘em hear what real noise sounds like.
“Any calls about what amounts to ‘happy child noise’ won’t be acted on,” Wardlaw said. “Since the site is technically a park, if it’s just the normal sounds of kids at play, that’s not classified as a ‘nuisance.’”
Commissioner Sharon Clark asked about elegibility to attend the preschool. (We assume she didn’t mean herself.) Parent Cortney Veenker said registration is being done on a first-come, first-served basis. “It’s not based on income or any other such criteria,” she said, adding that there are plans for scholarships to be available.
Commissioner Tony Barrett queried staff about the possibility of future expansion, should the preschool prove popular and quickly outgrow the library building. “I can’t see why the Town wouldn’t be willing to work with them on it,” Wardlaw said.
Veenker said that 25 families are already interested, and that the preschool will “try to accomodate as many as possible.”