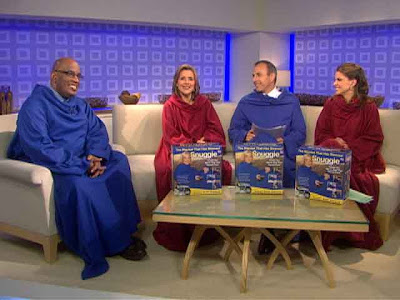 If you’re Colin Wolf (or even the cast of NBC’s “Today” show), do you really need a mattress after a night out, or do you just needed a wadded-up t-shirt and a Snuggie? -Lunch (Read on for more context.)

Eastman has little love for Town’s letter of recommendation

Earlier in the summer, the Mono County Grand Jury issued its final report regarding a series of complaints relating to the Mammoth Lakes Police Department. According to the California Penal Code, within 90 days of receipt of the report, the Town is required to comment to Judge Forstenzer as to the report’s findings and recommendations.
In this case, Town Manager Rob Clark opted to send comments in the form of a letter, which Town Council reviewed during its Wednesday night meeting. All five council members were generally fine with sending a letter, but Councilmember John Eastman had some decidedly pointed comments about what it said.
“There’s no basis to dispute the findings,” Clark advised Council, but that didn’t stop Eastman from taking the letter to task. He first raised a red flag to part of one complaint, which recommended that, “Personnel files should be kept confidential and should be located in Town offices …” Eastman’s criticism went directly to recent revelations that confidential personnel documents pertaining to Wildlife Management Specialist Steve Searles were found in a private home in Bishop. Clark’s letter said, “The recommentation has been implemented,” which Eastman said was “great,” but ideally should have been in place from the get-go.
The back and forth continued through several points, with Eastman balking at “duh” statements in the report, such as “The MLPD must ensure that all officers working on special assignments,” qualifying his remark by adding that, “All the training in the world won’t replace incompetence.”
Eastman and the Board found some common ground — for instance a recommendation that input from the Police Officers Association and an oral interview be included in the promotion process, which he opined would cut down on so-called “good ole boy promotions” — but it wasn’t much and the consensus was short-lived.
On the other hand, he and the Board went their seperate ways when it came to the sections discussing “Complaints regarding a particular sergeant,” to which the Town responded that Chief Randy Schienle “has directed that these issues be addressed through the counseling and performance process initially.” Eastman said he was not at all satisfied with this conclusion, and voiced his take that after the Grand Jury reviewed 1,000 documents during a one-year investigation, three months after the document was released, he has yet to see where any action has taken place. “This leaves us derelict in our responsibilities,” Eastman said, adding his concerns that such lack of action fosters a hazardous work environment and opens the Town to possible litigation.
He also was particularly incensed by a “partially implemented” recommendation that investigations of sworn management be handled by outside investigators. The Town’s position basically stated that it will handle such investigations internally, but on a “case by case basis.” Eastman nonetheless said this still amounts to a case of “the fox guarding the hen house.”
Councilmembers Wendy Sugimura and Jo Bacon disagreed, calling the Town’s stance “appropriate.”
“I would agree if you can provide evidence to show that our protocols and procedures aren’t sufficient,” Sugimura said. Councilmember Skip Harvey joined Bacon and Sugimura in the call to “move on” and “get on to the next issue.”
Sugimura and Harvey cited various sections of the report, one in particular, which stated, “Although there appear to be some organizational and communications issues within the MLPD … many of the allegations were not supported by this investigation and appeared to be based on unfounded rumors and misrepresentation of events and facts.” Council ultimately voted to approve the letter as written 4-1.
Three guesses who was the lone dissenter, and the first two don’t count.

When you’re broke, you’re always looking for an angle.
The Town’s angle is, apparently, to put the screws to those who butter its bread.
Which has led to some difference of opinion between the Town and its Lodging “partners.”
Issue #1: Online Travel Agents, or OTAs, often buy blocks of rooms from lodging establishments and then mark them up for sale on the internet.
So say you own Joe’s Motel, and Travelocity, the most prominent OTA that does business locally, offers to buy a block of your rooms for $100/night. They then mark up the rooms to $120 for online purchase. You received $100 for the room, so you pay 13% of that total ($13) in tax to the Town. The Town, however, believes you should pay 13% on the $120 (or $15.60) Travelocity made off the room. Lodging says the extra $20 pocketed by Travelocity should be treated as a marketing expense as opposed to actual income. How can it be income if it never reaches your pocket?
Issue #2: Travel Packages. The Town wants travel packages broken out element-by-element for consumers so they know exactly what they’re being charged for each element. The Town believes this will ensure that rooms are properly assessed.
Oh, and they want every lodging operator to file “special package forms” with the Town every time a package is offered – which would include a $25 filing fee.
Lodging operators believe breaking out the elements of a package will only cause heartburn, as consumers will then haggle over every aspect of the package.
In one sense, the Town has a point in that a hotel offering a package could artificially slash the room rate (in order to pay less tax) within a package while charging retail for the other elements (such as food or lift tickets). So perhaps these operators need to be monitored more closely.
HOWEVER … hotels and motels only represent a slice of the pie. Most condos are privately owned and as MMSA’s Tom Smith said, the private owners demand their just compensation. And the tax paid is listed on the bill, so it’s easy for anyone to back out that number to figure out what the room rate was.
As for wholly owned hotels like the Mammoth Mountain Inn, Smith said that MMSA, when creating packages, tends to slash fees across departments. He also said package prices change constantly depending upon how far out they are booked, and MMSA doesn’t want to pay $25 every time it updates a package price.
“They’ve got the money to do audits, but they don’t have the money for compliance,” groused Smith. “We’re the honest people out there.” He said the Town should direct more resources towards recovering money from illegal rentals rather than nickel-and-diming its existing remitters.
Issue #3: Extras. The Town wants to charge T.O.T. on the total bill for the room. Say you use internet, extra towels or some other service (fees for lots of changes or other hassles dropped on the lodging owner) – the Town wants to add 13% to that final total. The lodging partners, however, don’t think it’s fair to have to pay T.O.T. on these other services. Some think those items qualify more as “sales” items and should be taxed as such.
The difference in the sales tax rate as opposed to the T.O.T. rate may only constitute a few percentage points, but as Geisel points out, an airline seat is subject to all sorts of taxes, but baggage is now considered an “extra” and when you check it, you’re billed a set fee that isn’t even subject to tax.
Someone should get clever and rent rooms for $20/night with a $50 “extra” mattress fee and see if they can get away with it. I mean, if you’re Colin Wolf, do you really need a mattress after a night out, or do you just needed a wadded-up t-shirt and a Snuggie?