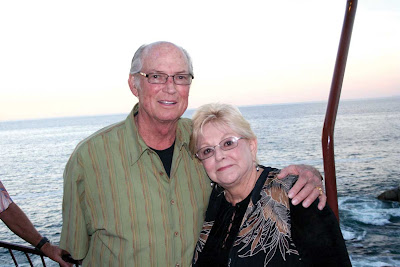 Ron Black, 71, of June Lake, Calif., died on Oct. 15. He was born to the late Raymond and Melba Black on May 9, 1938, in Whittier, Calif. Ron graduated from California High School in 1956 and attended the University of Denver in 1957. He went on to serve in the United States Army’s Military Police, where he found his passion for law enforcement. He was stationed in Würzberg, Germany, where he met and married his first wife, Sonja Black. Together they had two daughters, Bettina and Ronda.
Ron joined the Los Angeles County Sheriff’s Department in 1961, where he dedicated 36 years of service and retired at the rank of Captain in 1996. He inspired and mentored many deputies throughout his career.
He married his high school sweetheart, Connie Black in 1992, in Newport Beach, where they spent time with their five children and 15 grandchildren.
Upon his retirement, the Blacks built a family ranch in June Lake, which Ron called “his little piece of heaven,” where he taught his children and grandchildren about his love of nature and the Eastern Sierra, and fishing and hunting.
He served as foreman of the Mono County Grand Jury and on the County’s Planning Commission. He also has served on the June Lake Citizens Advisory Committee and was active in the June Lake Chamber of Commerce.
Ron is survived by his wife, Connie; children, Bettina, Ronda, Ralph, Kathy, Kelli; son and daughter-in-laws, Art, John Allen, Kris and Karen; 15 grandchildren and three great-grandchildren.
Funeral services were held on Monday, Oct. 19, at 10:30 a.m. at the LDS Church, 2150 Bonita Canyon Drive, Newport Beach, Calif., and Gravesite Services immediately following at Pacific View Memorial Park, Corona del Mar, Calif.

ED. NOTE: Ron’s granddaughter wrote a lovely eulogy to her “Opa,” which she delivered during his memorial service on Oct. 19. Space considerations prevented us from publishing it in the print edition, but we are happy to be able to include it in the online version.

I am Britton Rodriquez, Ron’s first grandchild, and I would like to tell you why my grandfather, who I call Opa, is such an important person in my life. For those of you who do not know, “Opa” is the German word for “grandpa.” Whenever I had a question in politics, history, or any subject; I knew he was the right person to go to.
My Opa was a man of infinite knowledge who always had answers, information, and most importantly…he had questions. Whenever I spoke with him and used a quotation or a cliche he would turn to me with that look…(you all know that look) and he would say “now, you just used that term; but, do you know the origin of it?”
For example, I once used “the rule of thumb” in a discussion we were having, he gave me the look and asked me if I knew where the “rule of thumb” came from. But, of course I had no idea where it came from. So, he proceeded to explain to me where the term rule of thumb came from. And if you want the full explanation, which is quite interesting, see me later. That was my Opa, he always had wisdom and he always wanted to share it with others.
Knowing how much he likes to share his knowledge, a few weeks ago I asked him, “Opa, what is one thing that you would like me to say to everyone at the memorial, how would you like me to send you off?” He answered, “the one thing I am most proud of is that I was able to bring the outdoors into this family. The joy of fishing, hunting, and the beauty of the land”
He said that “all of his grandkids are very lucky, because some kids will never get the chance to experience many of the things that this family has done.” He said, “nature and the outdoors is a great way to bring people together.” I will always have many memories of fishing, hiking, camping, and hunting with Opa. One particular memory is walking into the ranch house, in my full camo gear and surprising him with the first ever Canadian goose of the family! The smile on his face…I will always remember.
In addition to the knowledge I gained and the memories I cherish, there are 14 other grandchildren that have special thoughts of him. However, there are only 13 standing with me today, as one grandson, Brett, is on his mission in Uruguay.
Opa was respected and loved by all of us. We will miss him greatly, but we will always remember him and all that he taught us. I love you, Opa.