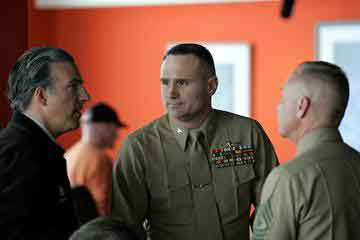 Mammoth Mountain Ski Area announced the recent promotion of Greg Dallas to Senior Vice President. Dallas oversees the following divisions at MMSA: Information Technology, Lift Maintenance, Equipment Maintenance, Facility Maintenance and Snowmobile Rentals.
Dallas joined Mammoth Mountain in September 2001 as the Manager for the company’s Customer Relationship Management (CRM) project and, according to a statement from MMSA, “quickly distinguished himself as a talented leader with a true passion for Mammoth.” He was promoted to Executive Director of Information Technology and was named to the Senior Management Group in May 2002 and with his team developed and implemented the company’s fully-integrated point of sale and CRM structure. In December 2006, Dallas was named Vice President, and took on the added responsibilities for Lift Maintenance, Garage Operations, Facility Maintenance, and Snowmobile Adventures.
Dallas grew up in Southern California and graduated from the Air Force Academy with a Bachelor of Science degree in Astrodynamics. Upon leaving the military, he pursued a Master of Business Administration degree in Information Technology and Accounting from University of California at Irvine and spent several years consulting for Andersen Consulting and Ernst & Young.
“Greg is a perfect example of what makes Mammoth Mountain a great company,” said Rusty Gregory, MMSA’s Chief Executive Officer. “He’s an expert in a wide variety of relevant fields, a natural leader driven to perform and most importantly loves his people and our mountains.”