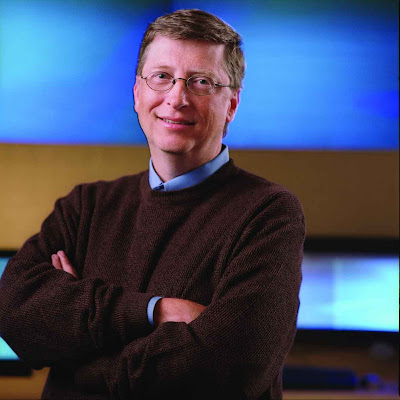 Okay, after the IBM pun in the headline, the Bill Gates photo may be a little over-the-top. Oddly enough, though, during the applicant’s presentation to the Planning Commission, one photo of exterior stonework examples that may be used on Vista Point showed the same treatment as used on one of Bill Gates’ homes! (Photo courtesy IBM)