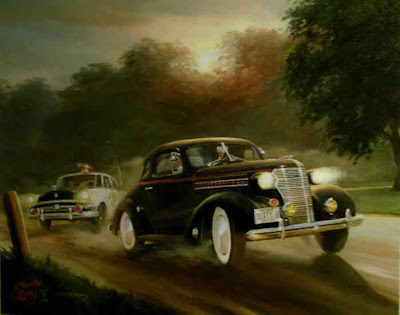 The problem of marijuana cultivation on public lands

“We’ve got a problem, y’all,” explained Russ Arthur, in a deep southern accent as thick as a bowl of grits. “And it’s a progressing problem.”
Russ is the Acting Special Agent in Charge of the Pacific Southwest Region of the United States Forest Service (USFS). He has a dark mustache and an easy smile that doesn’t hint at the problems he’s charged with solving.
After 24 years of law enforcement work for the USFS in the southeast, Russ has recently been shipped west from his native Tennessee to help California deal with its ever-growing problem of Mexican drug cartels cultivating marijuana on public lands. Last fall, he gave a presentation on the problem at a conference for the Outdoor Writer’s Association of California at Lake Almanor.
“This isn’t just a California problem. It’s affecting the whole country,” Russ explained, as he began his presentation by giving a brief history of the problem.
Back when First Lady Nancy Reagan began bombarding the nation with her, “Just Say No” campaign in the early ‘80s, commercial marijuana cultivation started to become an issue on federal lands.
“The old moonshiners progressed to marijuana in the south,” Russ said in his drawl, “And it really started to become a problem in the south about eight years ago.”
Actually, for the first 20 years, this weedy phenomenon was considered to be more of a nuisance than a problem. As Russ explained in a Forest Service podcast on the subject released at the same time as his talk (for the full podcast audio and text see www.fs.us\r5\podcasts\marijuana), most of the illegal grass grown on federal lands was done by “complacent” American citizens for personal use. But over the last decade these small-time operations have given way to major grow sites run by international cartels.
“There’s a lot more money in this, the THC content of the marijuana is a lot more potent than it was then, and they’re a lot more dangers. ” Russ said, adding, “This ain’t Mayberry anymore. This is a different level of crime were reporting now, and it’s scary.”
The first thing that makes the situation so scary is, as Russ explained, that less than one-quarter of one percent of the USFS workforce consists of law enforcement investigators.
“We recognize that we just don’t have the workforce … it’s tough,” Russ said.
It’s also getting tougher to deal with the growers, who are truly making it a drug war by becoming better armed. Weapons seizures related to grow sites have been steadily on the rise.
“When you start finding weapons that were only designed for one specific purpose, that specific purpose being to shoot a human, we’ve got a concern. A sawed-off shotgun is not used for rodent control. It’s not used for hunting. It’s used for one thing only,” Russ said.
Last year, in Northern California’s Lassen National Forest an officer was shot and a suspect was killed at a grow site. Among the weapons now being regularly seized from sites includes high-powered sniper rifles.
While escalating violence is certainly a problem, the biggest issue with marijuana cultivation on federal lands is the damage being done to the supposedly protected forests themselves.
“If you could imagine six or eight people that camped in your backyard, you know, for four months, what kind of trash would be left behind? But that’s basically what you’ve got up and down all the National Forests in this region,” Russ said in the podcast. But these aren’t your regular campers and they certainly don’t abide by the “Leave No Trace Behind” philosophy.
The average marijuana cultivation site, like one of almost 70 found in Fresno County last year, leaves about 3,000 pounds of trash, 10,000 feet of irrigation piping and about 300 pounds of fertilizers, pesticides and herbicides.
Actually, it’s because of the massive use of chemicals that some sites are found, as the chemicals will wash down into streams and kill fish. Deer, which like to eat the herb, are regularly poached and even an endangered ring-tailed cat has been found killed by growers.
The scariest part of the problem is that it’s actually getting worse. “The bottom line is that there has been an increase in escalation,” said Russ, who estimated that in 2009 nearly four million plants would be cultivated on USFS lands in California, nearly double the amount of plants found in 2008, including sites right here in the Eastern Sierra.
“It’s not as prevalent in your part of the state, but it does happen there, too,” Russ Arthur said. According to USFS data, over the last two years there’s been an average of two sites and close to 30,000 plants cultivated in the Inyo National Forest.
“80% of the problem is in California,” Russ, adding that all of the sites found in the southeast can actually be linked back to cartels in the Golden State.
The oddest part of this problem is that most of the wacky tabacky actually leaves “pot friendly” California.
“A lot of this marijuana is not staying in California. It’s higher grade stuff and it goes outside the state and the country,” Russ explained.
Despite the fact that the statistics don’t look good, Russ still has high hopes that the problem can be controlled.
Russ pointed out that many cultivation sites are discovered and reported by civilians and that citizen groups such as Operation Save Our Sierra and the High Country Horsemen of the West have become actively involved in cleaning up abandoned sites.
Of course, Russ warns people to “be aware of your surroundings” and to quickly and quietly leave any suspicious looking areas, which can be found as high as 9,000 feet, before contacting authorities.
“It’s amazing the passion that the people of California have for their lands,” Russ said. “The land is y’alls.”